Marvel Knights and Deadpool Will Get New Costumes in MARVEL ULTIMATE ALLIANCE 3: SHADOW OF DOOM

The last Marvel Ultimate Alliance 3: The Black Order DLC — at least for the time being — will introduce players not only to the Fantastic Four and Doctor Doom, but also five never-before-seen costumes for the Marvel Knights and the Merc with a Mouth.

That's right, Daredevil, Iron Fist, Luke Cage, Elektra and Deadpool will get new suits in the Shadow of Doom expansion. According to Nintendo, these alternate costumes will be free for all players.

As a reminder, the Fantastic Four: Shadow of Doom DLC will be released by Nintendo on the 26th of March.

Although you won't be able to purchase the expansion separately anytime soon, the Team Ninja–created game's Season Pass (currently priced at $19.99) will grant you access not only to the Shadow of Doom DLC, but also the Marvel Knights: Curse of the Vampire and X-Men: Rise of the Phoenix downloadable content.

Without further ado, take a look at the all-new costumes for the Marvel Knights and Deadpool down below:

The Marvel Knights and the Merc with a Mouth take to the streets in these new, free costumes in Marvel Ultimate Alliance 3: Shadow of Doom! @NintendoAmerica #MUA3 pic.twitter.com/V0uAWf1A8g 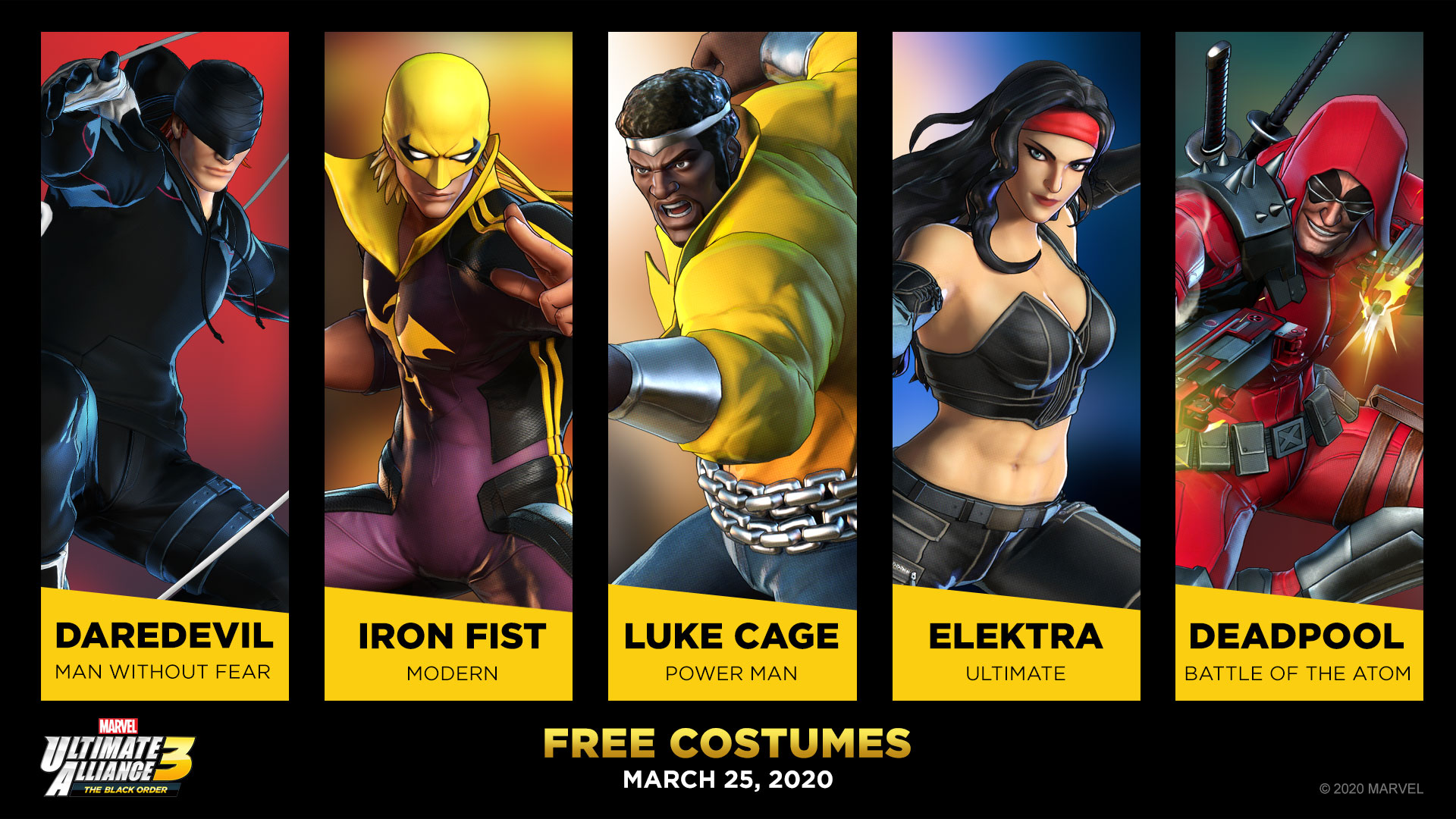