Marvel and Nintendo have officially announced that brand-new suits are coming to Marvel Ultimate Alliance 3: The Black Order, and what's even better, they will be free for all fans of last year's critically acclaimed hack'n'slash game.

The costumes include updates for Hawkeye in a Ronin look, Falcon's suit from the Ultimate series, the classic Wasp outfit, Crystal's Avengers costume, while Yelena Belova (played by Florence Pugh in the upcoming Scarlett Johansson–produced movie) will join Natasha Romanoff as another in-game Black Widow.

These aforementioned suits will be released on March 25, 2020, as Shadow of Doom will appear the next day.

As a reminder, Daredevil, Iron Fist, Luke Cage, Elektra and Deadpool will also get all-new costumes in the Switch–exclusive Marvel Ultimate Alliance 3: The Black Order, and they will debut this Wednesday as well.

If you want the Fantastic Four: Shadow of Doom DLC, you need to buy the full $19.99 expansion pass, which also features content from the Marvel Knights: Curse of the Vampire & X-Men: Rise of the Phoenix DLC.

Whether high in the sky or deep undercover, these Super Heroes and their new costumes will descend upon us in Marvel Ultimate Alliance 3: Shadow of Doom in just six days! @NintendoAmerica #MUA3 pic.twitter.com/eGQslGOh1q 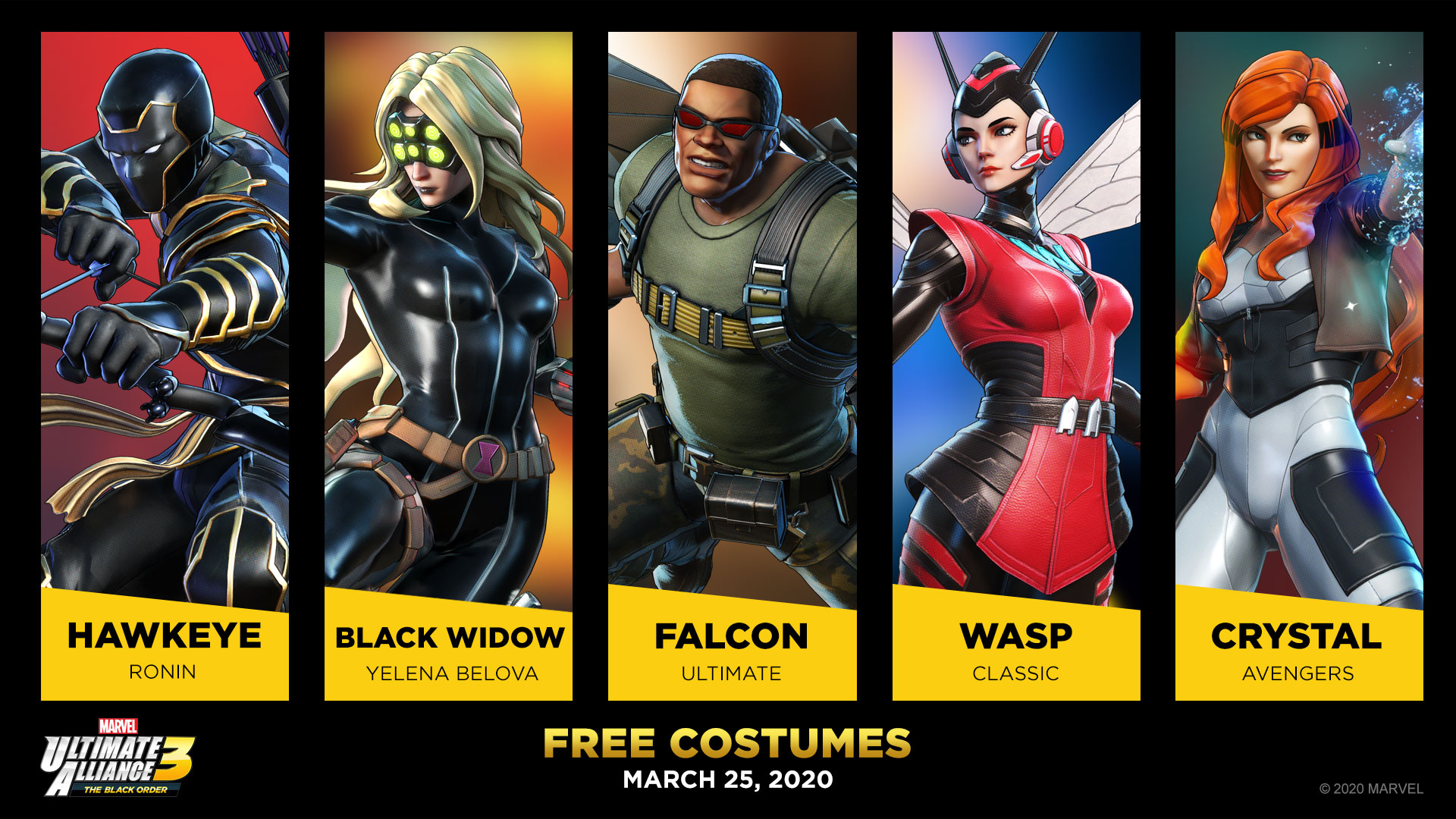