The last Marvel Ultimate Alliance 3: The Black Order expansion launches tomorrow, allowing all fans of the Fantastic Four to embark on a dangerous journey to stop the villainous plans of the team's greatest nemesis — Doctor Doom.

In Marvel Ultimate Alliance 3: Shadow of Doom, Mister Fantastic, Invisible Woman, Human Torch and The Thing will finally join the game's roster of playable characters. According to Nintendo, the Shadow of Doom expansion will serve as the production's epilogue, depicting the events after the battles of the main game.

If you want to play the Shadow of Doom DLC at launch, you'll need to buy the full $19.99 expansion pass, which also features content from the Marvel Knights: Curse of the Vampire & X-Men: Rise of the Phoenix DLC.

Wait no more, and take a look at God Emperor Doom in the Marvel Ultimate Alliance 3 artwork down below:

In two days, dare to stand against your new god in the newest DLC for Marvel Ultimate Alliance 3 and you shall meet your Doom! @NintendoAmerica #MUA3 pic.twitter.com/Qcgmx9n3rh 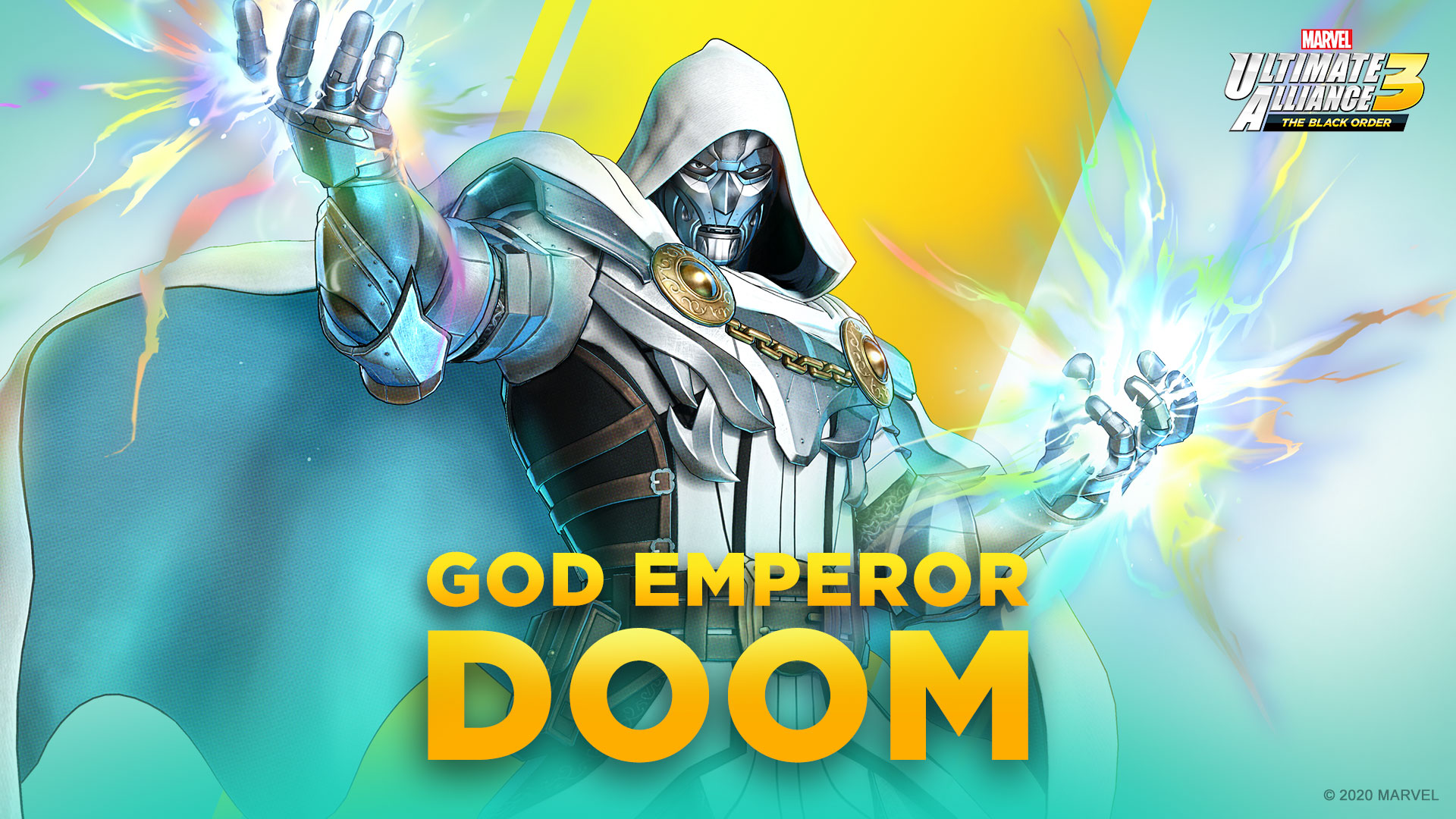