That's not all, as the nefarious Dr. Doom will don a new outfit as well, taking on the persona of Doom 2099.

Unfortunately, acquiring the Shadow of Doom DLC is the only way to experience the latest adventures of the Fantastic Four in Marvel Ultimate Alliance 3: The Black Order (or even play as these four heroes at all).

After purchasing the game's Season Pass — currently priced at $19.99 — players will get access not only to Shadow of Doom, but also the Marvel Knights: Curse of the Vampire and X-Men: Rise of the Phoenix DLC.

With Shadow of Doom debuting today, take a look at the new suits for the Fantastic Four family down below: 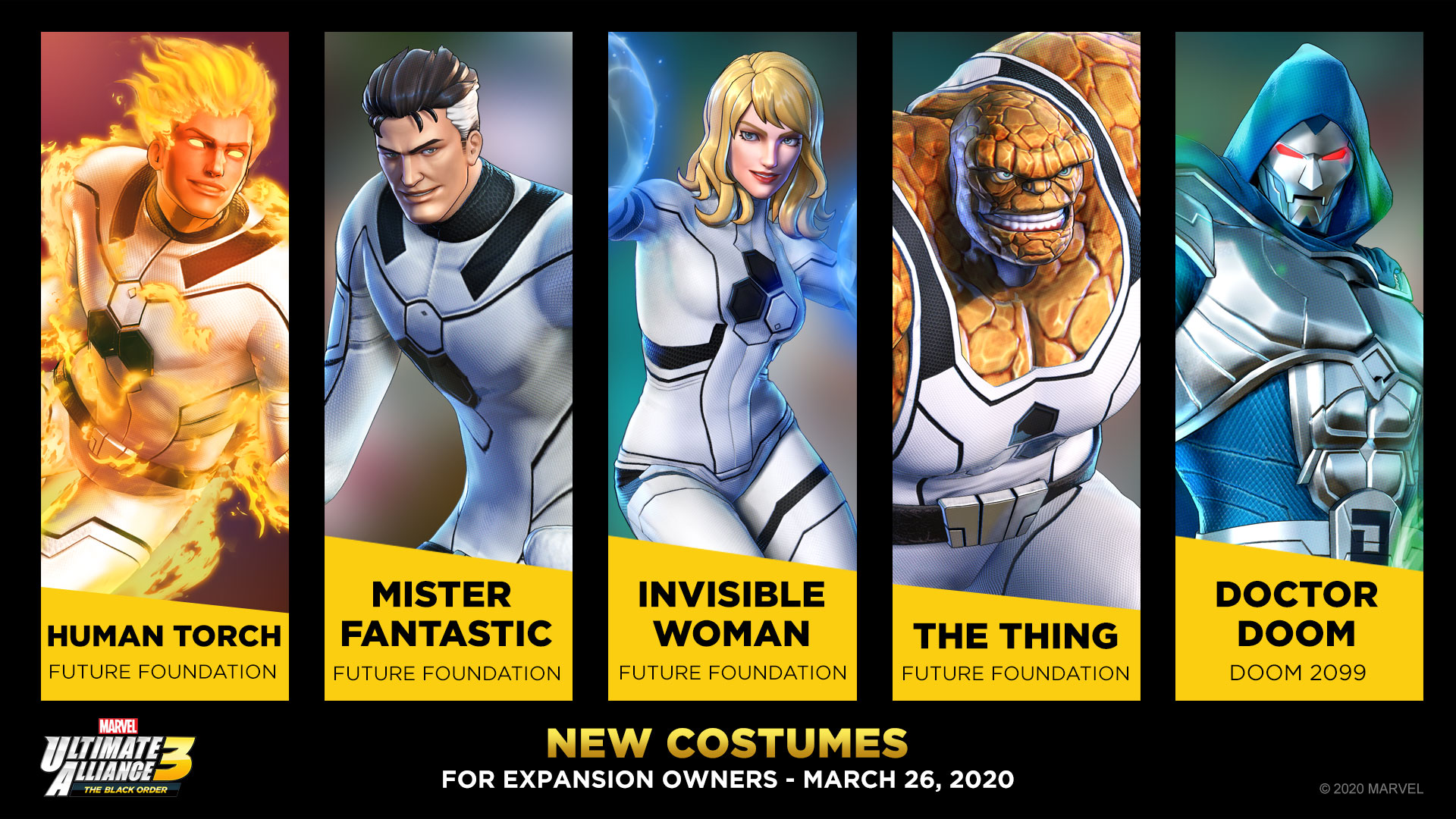